Last week, the US Census Bureau released new state-level figures on poverty, income and earnings, and other key social and economic indicators. A Budget Center analysis looks at the new poverty figures, which show that more than 6 million Californians, including 2 million children, were living below the federal poverty line in 2014. Although California’s poverty rate (16.4 percent) and child poverty rate (22.7 percent) were both down from their 2013 levels, they were still well above their pre-recessions lows. 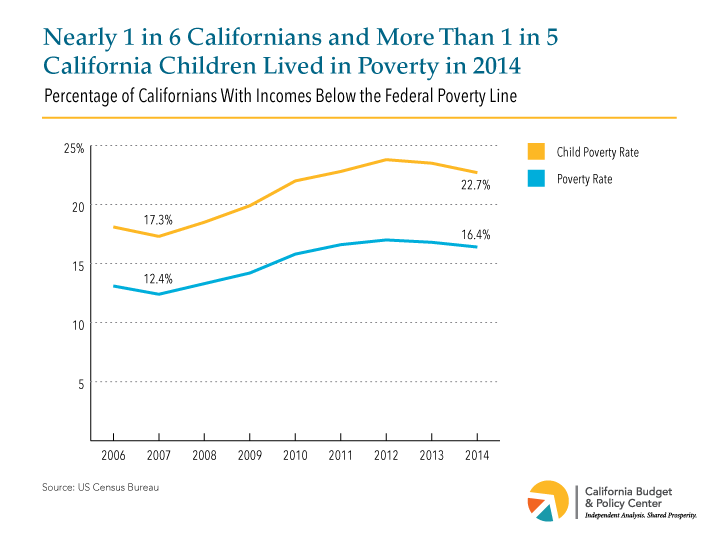 The Budget Center’s report examines how California’s recovery has yet to reach many individuals and families, discusses the impact of poverty and child poverty in our state, and highlights specific policy recommendations for reducing economic hardship and helping more families advance.

In a statement responding to the new Census data, Budget Center Executive Director Chris Hoene said the “latest Census figures are a reminder that California’s recent economic gains continue to leave many individuals and families behind.” Read the full statement.