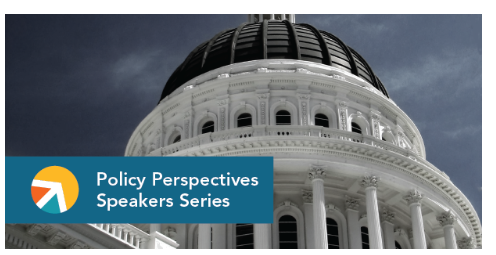 As part of our Policy Perspectives Speakers Series, the California Budget & Policy Center co-hosted with the School of Public Policy at the University of California, Riverside an event

to examine the key elements of Governor Brown’s proposed 2017-18 state budget, major changes expected at the federal level, and the key issues that will shape upcoming budget debates at the national, state, and local levels. Chris Hoene presented on state budget proposals set against the backdrop of fundamental shifts expected at the federal level. Maribel Nunez from California Partnership and UCR Professor Ronald Loveridge discussed the implications of state and federal budget choices for communities in the Inland Empire.