Housing Affordability Is a Problem in All Regions of California 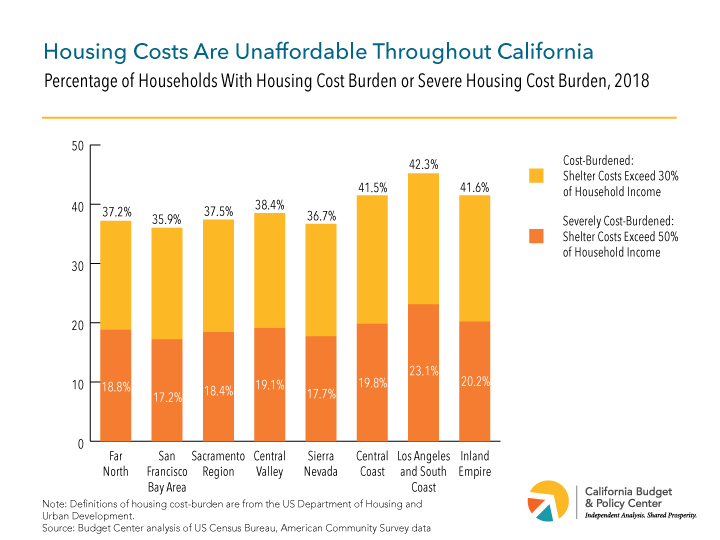 Housing costs vary substantially throughout California, with the highest costs in coastal urban areas and the lowest costs in inland rural areas. But incomes also vary regionally, and areas with relatively lower housing costs also tend to have lower typical incomes. The result is that housing affordability is clearly a problem throughout the state when housing costs are compared to incomes. Across every region of California, from the high-cost San Francisco Bay Area and Los Angeles and South Coast to the lower-cost Central Valley and Far North, at least a third of households spent more than 30% of their incomes toward housing in 2018, and as many as 1 in 5 spent more than half of their incomes on housing costs.