California Should Extend Tax Credits to Immigrant Families and Communities 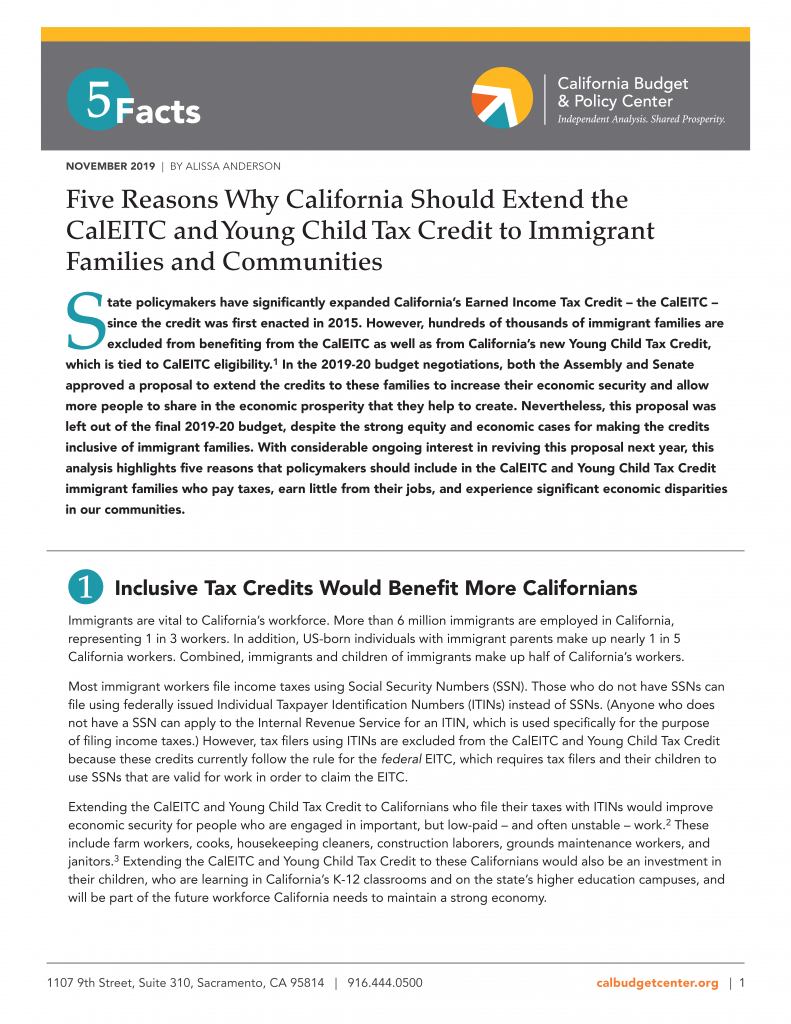 State policymakers have significantly expanded California’s Earned Income Tax Credit — the CalEITC — since the credit was first enacted in 2015. However, hundreds of thousands of immigrant families are excluded from benefiting from the CalEITC as well as from California’s new Young Child Tax Credit, which is tied to CalEITC eligibility.1

In the 2019-20 budget negotiations, both the Assembly and Senate approved a proposal to extend the credits to these families to increase their economic security and allow more people to share in the economic prosperity that they help to create. Nevertheless, this proposal was left out of the final 2019-20 budget, despite the strong equity and economic cases for making the credits inclusive of immigrant families. With considerable ongoing interest in reviving this proposal next year, this analysis highlights five reasons that policymakers should include in the CalEITC and Young Child Tax Credit immigrant families who pay taxes, earn little from their jobs, and experience significant economic disparities in our communities.

In this 5 Facts readers will learn about the following: