Changes Limiting Assistance Would Affect Congressional Districts Across the State

Endnotes are available in the PDF version of this Fact Sheet. Also available for download are the underlying data for the maps below.

The Supplemental Nutrition Assistance Program (SNAP) — CalFresh in California — is the cornerstone of federal efforts to help struggling families put food on the table. CalFresh reaches each of California’s 53 congressional districts, though receipt is higher in certain areas (see maps below). In 2015, about 1 in 4 households received CalFresh in the 16th District (D-Costa) and the 21st District (R-Valadao), both of which are in the San Joaquin Valley (26.9% and 24.9%, respectively). In eight other districts, roughly 1 in 6 households received CalFresh. These are in the Sacramento Valley, the San Joaquin Valley, Los Angeles County, the southern border area, and the Inland Empire and Central Sierra.

SNAP lifts families out of poverty and improves health and well-being, especially for children. Yet President Trump’s proposed budget makes fundamental changes that would weaken SNAP:

In addition to increasing hunger and hardship, the President’s proposal would limit SNAP’s critical role in mitigating the effects of an economic downturn. When people lose jobs and are less able to afford the basics, SNAP eligibility and enrollment increase. In turn, households spend these benefits on groceries in their communities, generating economic activity. If states must share SNAP costs, they may not be able to boost funding to cover new enrollees during a recession. This would curtail SNAP’s role in stabilizing the economy.

If President Trump and the Republican-led Congress follow through on the proposed changes to SNAP, households in every California congressional district would face increased hardship. Given SNAP’s track record of reducing hunger and improving health, federal policymakers should instead be focused on boosting funding and expanding SNAP’s powerful effects. 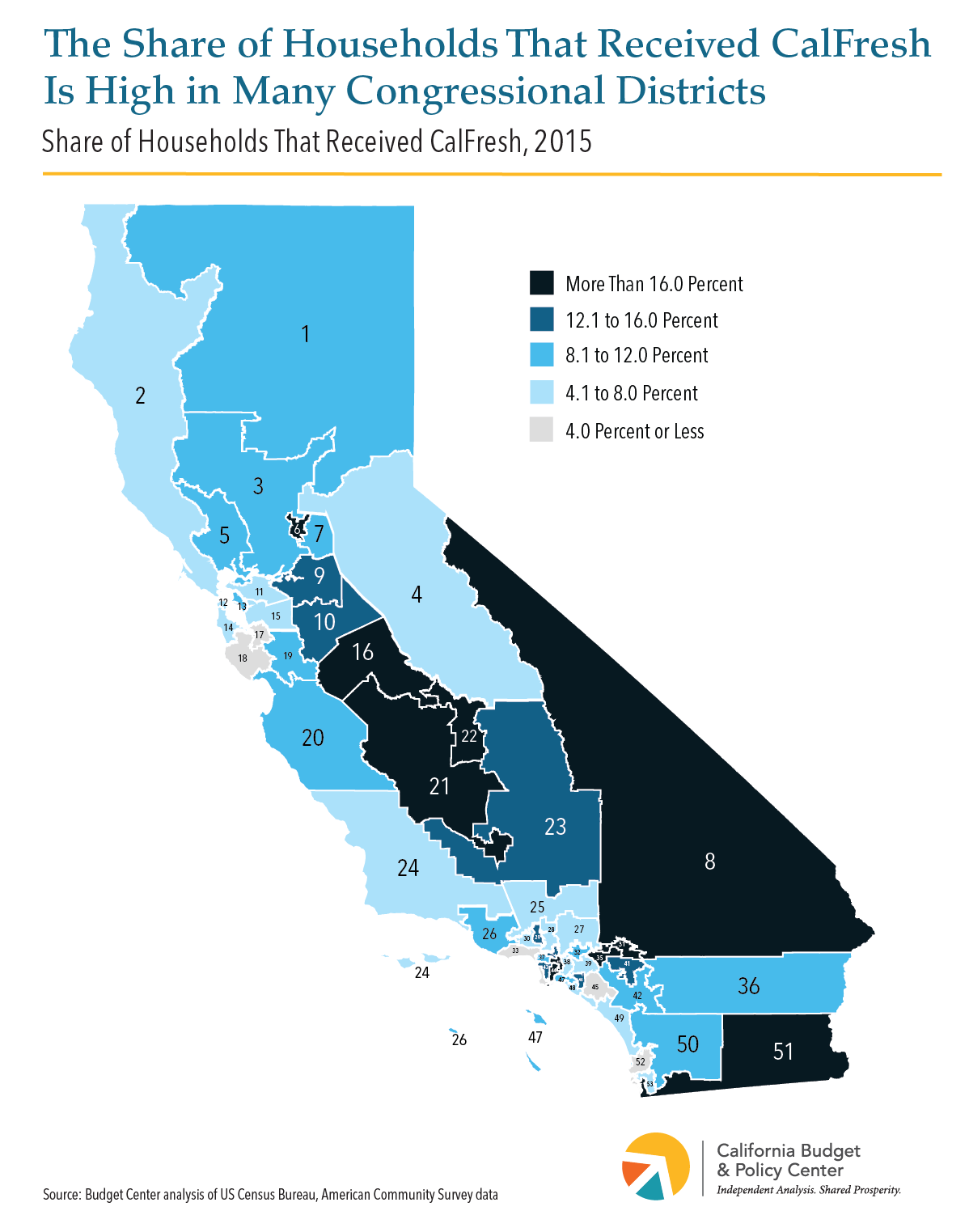