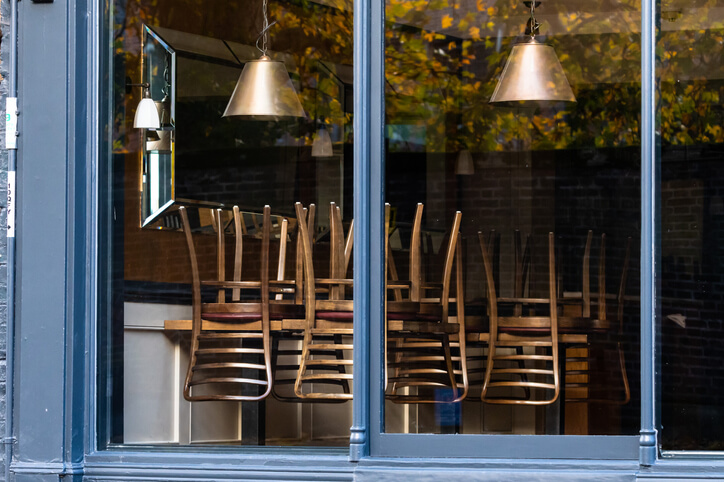 Millions of California workers turned to unemployment insurance benefits over the last 18 months after suddenly losing their jobs – a reality that can hit workers, families, and communities, pandemic or not. In trying times, everyone should have the opportunity to buy food, pay rent, and care for their families as they look for new, stable employment. State and federal unemployment insurance benefits are the lifeline that help families keep their homes and put food on the table.

But with federal unemployment benefits expiring soon, and families seeing a drop in support, California policymakers must develop a plan to finance an increase in state unemployment benefits. This will allow workers – particularly those paid low wages and struggling to find gainful employment that allows them to afford the cost of living in California – to support their families any time they lose a job, not just when the federal government steps in to help.

Understanding the role of unemployment benefits in workers’ lives, how benefits are financed, and the true costs of covering benefits is key as policymakers look to guide the state in recovering from the pandemic and building an equitable California.

Why are unemployment benefits important for Californians?

Losing a job is devastating for working Californians and their families. Suddenly losing a primary source of income and not knowing how long it will take to find new work to restore income affects the health and social well-being of families and their community. That’s why it’s important for policymakers and businesses to share responsibility in making sure that workers have a strong safety net to turn to when layoffs or a recession hit, including access to unemployment benefits that help workers pay for rent, food, and other basic needs while they search for new employment.

State unemployment benefits – supplemented with temporary federal unemployment benefits – have been helping millions of Californians pay for basic needs while they cannot work as COVID still moves through homes and communities. Without the combination of state and federal benefits, many workers would not be able to put food on the table or keep their homes.

How much support do unemployment benefits provide Californians?

California’s unemployment benefits are a lifeline when someone suddenly loses a job, but the benefits on their own don’t provide enough money for most workers to support their families while they search for new jobs. The state’s benefits replace only about half of a worker’s lost earnings, up to a maximum of $450 per week – the equivalent of living off of $23,400 per year.

For many California workers, it’s not possible to afford the cost of living on half of their income, and economic barriers only further stack up for workers paid low wages. Workers in low-wage jobs typically have a hard time making ends meet even when working full-time and are blocked from opportunities to build savings to turn to in times of crisis. For example, the majority of California renters with low incomes who spend at least half of their income on rent would have to spend their entire unemployment benefit on rent alone if they had no other income, leaving nothing at the end of the month for food or other basic needs.

Workers of color, including American Indian, Black, Latinx, and Pacific Islander Californians – and particularly women – are especially at risk of being unable to support their families while out of work because many have been segregated into low-paying jobs where unemployment benefits are too low to cover basic living costs.

How much support are unemployment benefits providing Californians during the pandemic, and what will happen on September 6 when federal unemployment support ends?

The average Californian has been getting just $319 per week from state unemployment benefits during the pandemic, which amounts to annual earnings of $16,588 – well below what’s needed to support a family no matter where they live in the state. However, recognizing that state unemployment benefits don’t provide enough money to cover basic living costs, the federal government supplemented workers’ state benefits throughout most of the pandemic with an additional $300 to $600 per week. Together, these benefits fully replaced the earnings many workers had lost, helping keep food on the table and preventing evictions for families as they endured months of unemployment. State and federal unemployment benefits also supported businesses and the economy by making sure that millions of people who had lost work could keep spending money and supporting businesses in their communities.

On Labor Day – September 6, 2021 – these additional federal unemployment benefits will expire, and Californians who remain out of work due to the pandemic – as well as those who lose work in the future – will have to get by on state unemployment benefits alone. This will make it harder – if not impossible – for many Californians to meet basic needs, particularly Black Californians, who persistently face high rates of unemployment due to hiring discrimination and other barriers to work created through centuries of structural racism.

Who pays for unemployment benefits in California?

California businesses finance unemployment benefits for their workers, and businesses play a critical role in determining how much support this vital safety net provides to Californians. Specifically, California’s unemployment benefits are financed through payroll taxes paid by employers, which generate revenues that are deposited into the state’s unemployment insurance fund. Revenues accumulate in this fund and are available to pay unemployment benefits whenever workers lose their jobs through no fault of their own. How much an employer pays into the fund each year is determined by applying a payroll tax rate based on schedules in state law to a portion of each employee’s annual pay – called the “taxable wage base.”

Each state determines its payroll tax rates and taxable wage base. In California, employers pay payroll taxes based only on the first $7,000 of each employee’s annual pay. That’s the lowest “taxable wage base” allowed under federal law, and just five states have bases this low. California’s base has been frozen at just $7,000 since 1983, and has never been increased to keep up with inflation or rising wages. Consequently, businesses currently pay payroll taxes on just 12% of the average California worker’s earnings – the smallest share in the nation. This severely limits the amount of revenue California can generate for unemployment benefits.

How can state lawmakers ensure that businesses share in the responsibility for supporting their workers during layoffs?

Over the next decade, state policymakers do not need to take any action to ensure that businesses share in the responsibility for paying down the unemployment fund debt – other than avoiding a shift in responsibility for the debt to the state. Under federal law, California businesses will automatically and very gradually pay off the principal of the federal loans the state took out to pay for unemployment benefits during the pandemic through small increases in the federal payroll tax rate. (California will have to pay the interest on these loans.) Since the debt resulted from decades of businesses not paying the true costs of unemployment benefits before the pandemic, businesses will now be required to pay more in the years to come to make up for insufficient contributions.

Longer-term, California’s leaders should permanently modernize the state’s unemployment insurance system to 1) ensure that businesses pay the true costs of benefits for their workers – avoiding debt – and 2) make it possible to increase benefits so that workers can meet basic needs and provide for their families during layoffs or recessions. This can be achieved by substantially increasing the taxable wage base for employer payroll taxes so that it applies to a much larger portion of workers’ earnings and adjusting that base annually to keep up with rising wages.