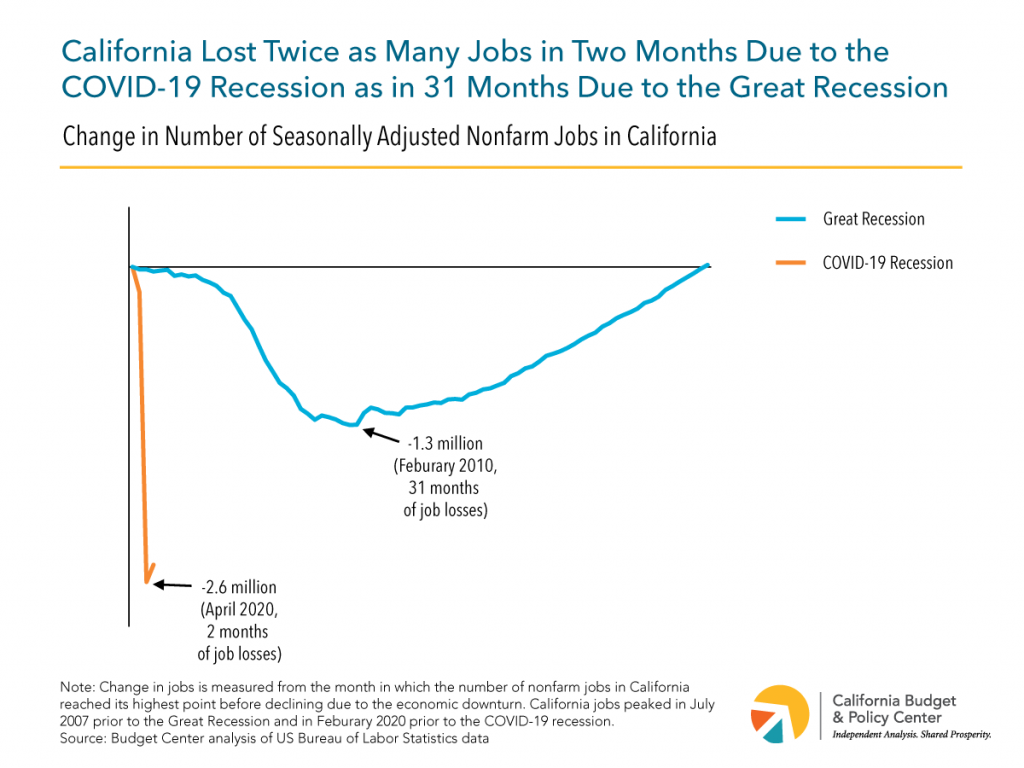 The COVID-19 public health and economic crisis is not easing for Californians – even as businesses have been allowed to reopen and may be able to hire some workers. For many Californians who earned low wages and struggled with the cost of living before the pandemic, this recession and the job losses are only worsening the economic disparities they experience every day.

Who is hit hardest by California’s job losses that are far worse than the Great Recession? Women and people of color. In only two months – between February and April of this year – California lost 2.6 million jobs. That’s twice as many jobs as California lost during the Great Recession over almost three years. Senior Policy Analyst Alissa Anderson shares more about what the job losses mean for Californians and what policymakers can do to extend support needed now. 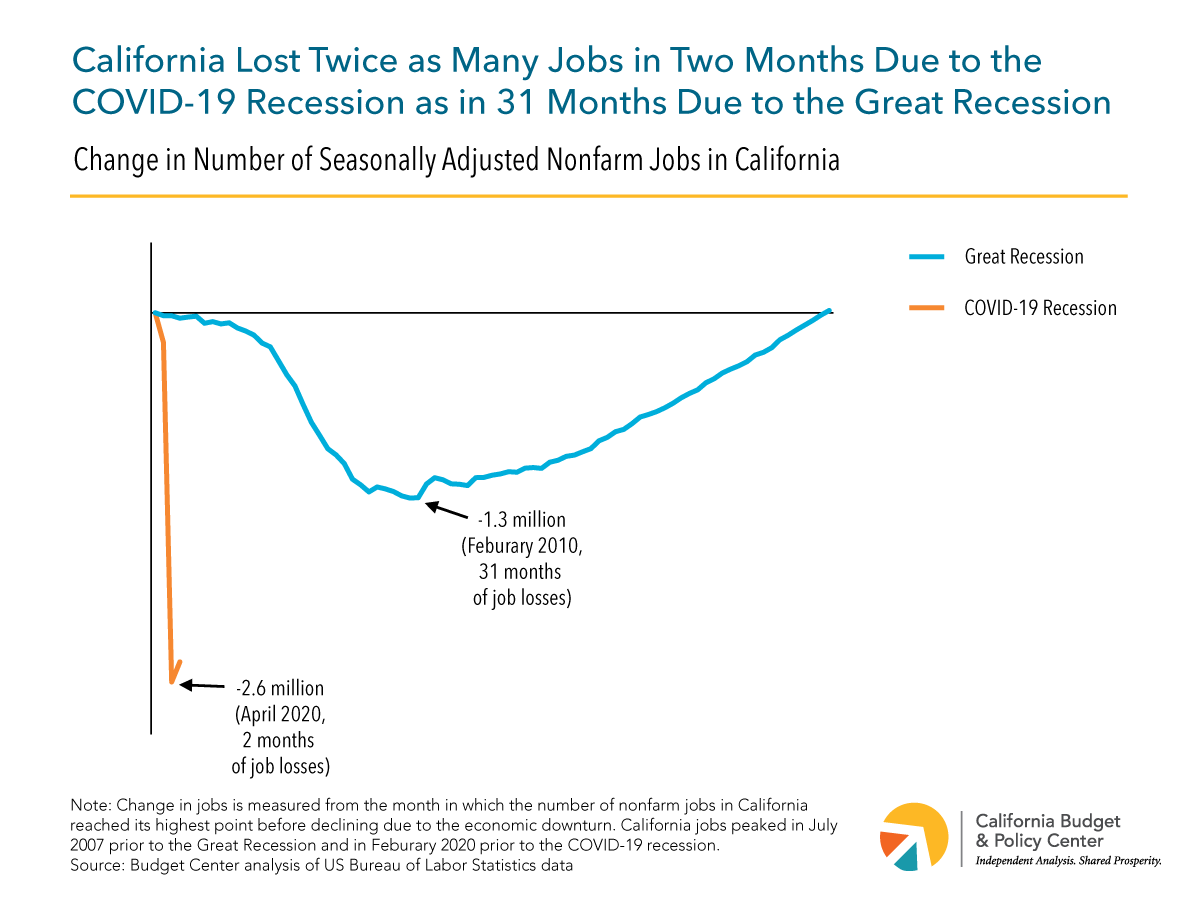 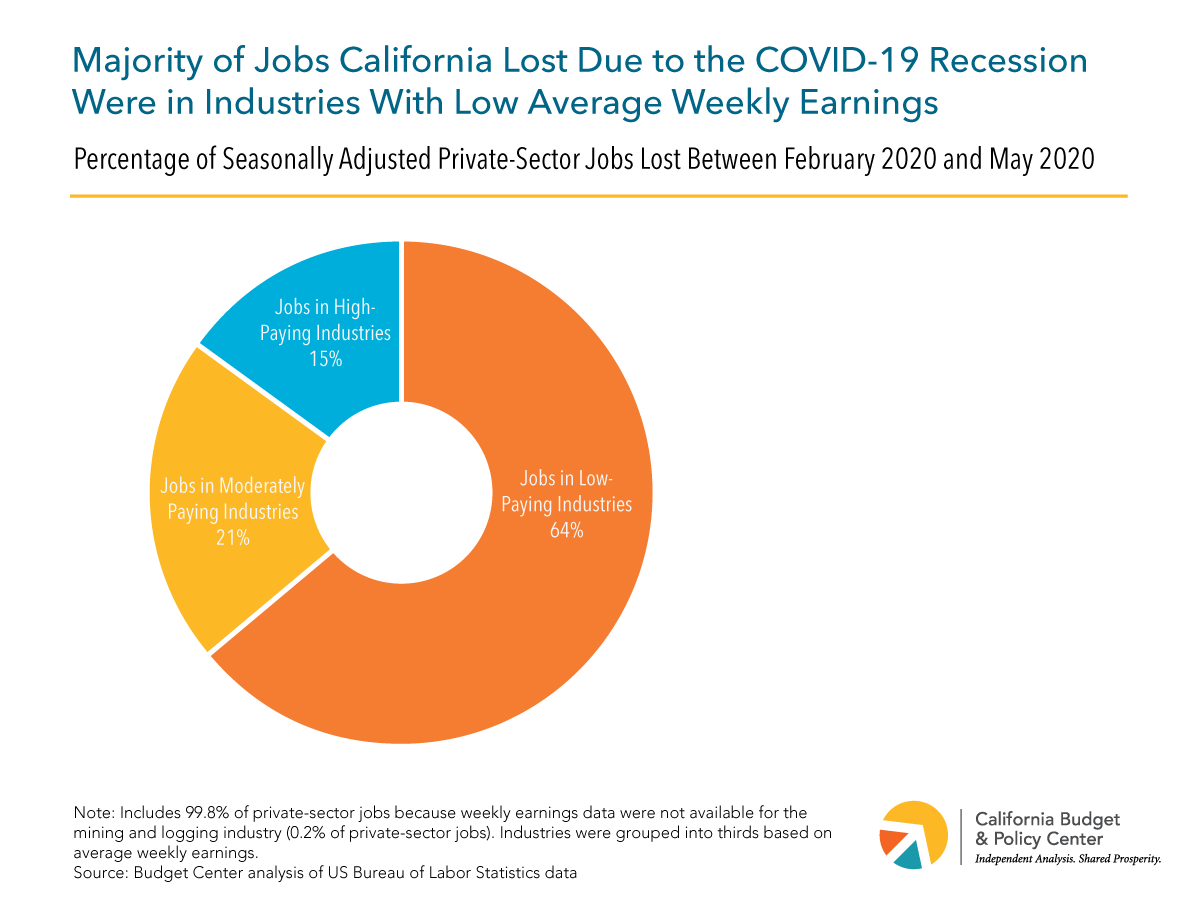 The majority of jobs California lost in the first two months of the COVID-19 recession were in low-paying industries. This means that many of the people who have lost work were already struggling before the crisis and are unlikely to have a financial cushion to weather this downturn.

The COVID-19 recession has hit women and people of color especially hard. For example, during the first three months of the downturn, employment for Black and Latinx women fell by over 20% – more than three times the decline in employment for white men.

Immigrants have also been hit hard by the COVID-19 recession. Employment for both women and men who are immigrants declined far more than for their non-immigrant counterparts during the first three months of the recession. Immigrant women saw the steepest decline in employment.