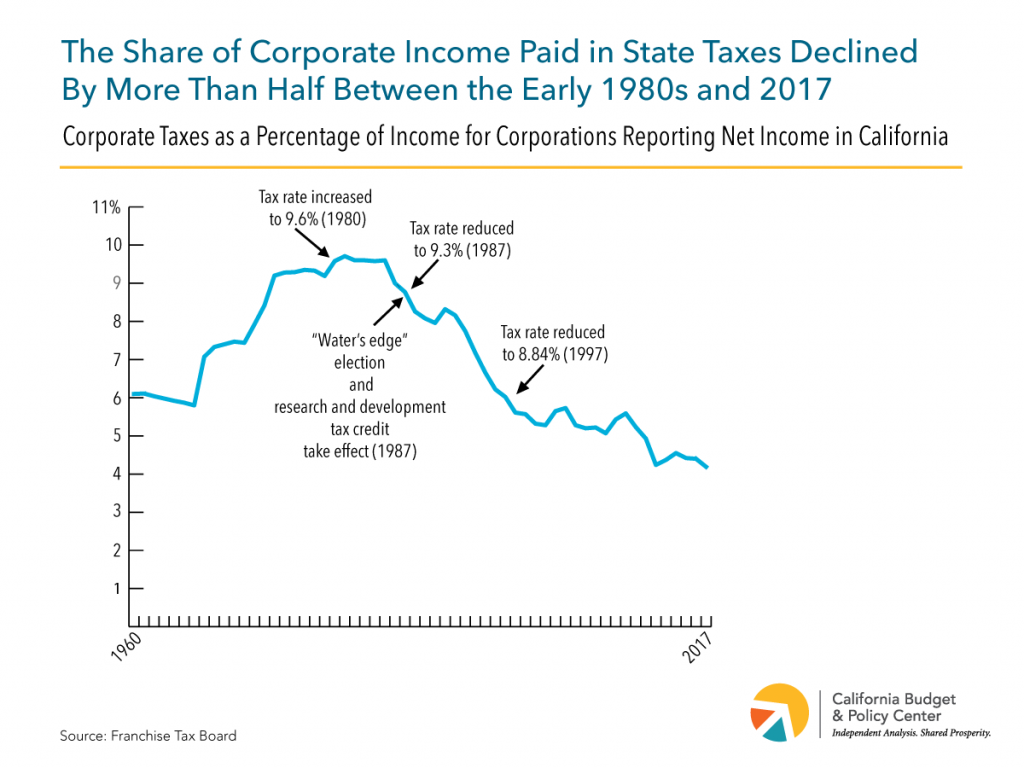 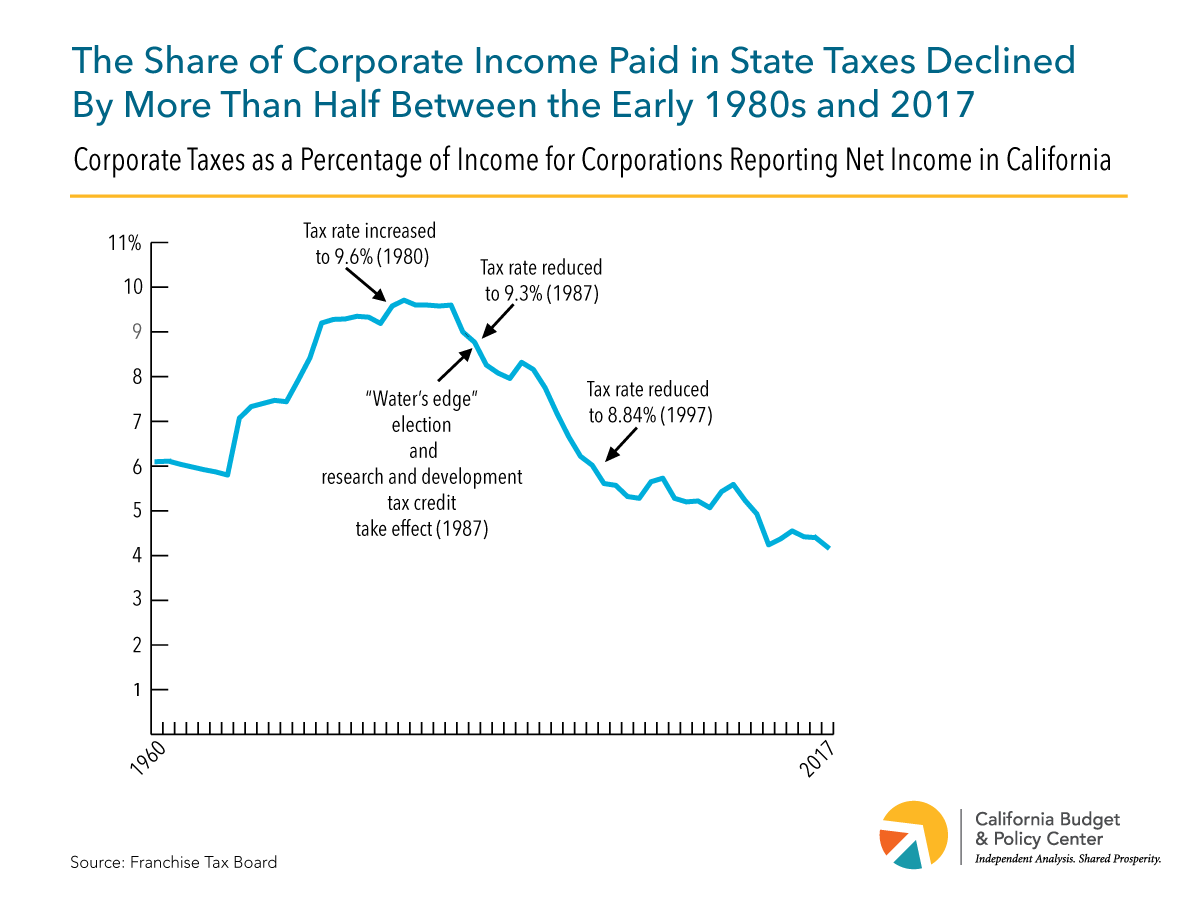 In addition to cutting tax rates since the 1980s, state policymakers have enacted several corporate tax breaks that reduce the share of income that corporations pay in California corporation taxes. For example, beginning in 1987, California allowed multinational corporations to lower their tax liability by calculating their California income based on either their total income from worldwide operations or only from their operations within the US. This so-called “water’s edge” election will cost the state an estimated $2.4 billion in 2019-20. Also in 1987, state policymakers established the state’s research and development (R&D) tax credit, which primarily benefits large corporations and will cost the state an estimated $1.8 billion in 2019-20. As with many corporate income tax credits, the amount spent on the R&D credit each year is unlimited, and there is no expiration date. In total, California is projected to spend $5.7 billion on tax expenditures for corporations in 2019-20.

California spending on tax breaks for corporations far exceeds the amount the state spends on tax benefits for low-income Californians. In 2019, California was projected to spend $1 billion on the state’s two largest tax credits targeted to Californians with low incomes – the California Earned Income Tax Credit (CalEITC) and the Young Child Tax Credit (YCTC). The CalEITC and YCTC boost the incomes of families and individuals with annual earnings of less than $30,000, a large majority of whom are people of color. The CalEITC alone directly benefited 3.7 million Californians in 2018. One example of how tax credits, exemptions, and deductions could be more equitably targeted is to extend the CalEITC and YCTC to all immigrant families. The Legislature could pay for the extension of the CalEITC and YCTC to these immigrant families by eliminating or reducing tax breaks for corporations that can afford to contribute more.

Corporations can contribute more not only because they are paying less than half the amount in state taxes than they did three decades ago, but also because they are likely to pay far less of their income in federal taxes due to the federal Tax Cuts and Jobs Act (TCJA), signed by President Trump in 2017. The TCJA made several changes to federal tax law that benefit corporations, including slashing the federal corporate income tax rate from 35% to 21%, the largest one-time reduction in US history. The Institute for Taxation and Economic Policy (ITEP) estimated that the tax benefit to California corporate business owners was more than $13 billion in 2018. The reduction in federal corporate taxes may argue for an increase in the state’s corporate income tax rate. However, policymakers have other options for ensuring that corporations pay their fair share in state taxes. For example, they could review existing corporate tax provisions, such as corporate tax credits, exemptions, and deductions, and reduce or eliminate those that are not achieving the state’s policy goals. By reducing spending on corporate tax breaks, the state would have more resources available to support families with low incomes who are struggling to afford the costs of living in California, COVID-19 crisis or not.