Many Californians in Prisons and Jails Have Mental Health Needs 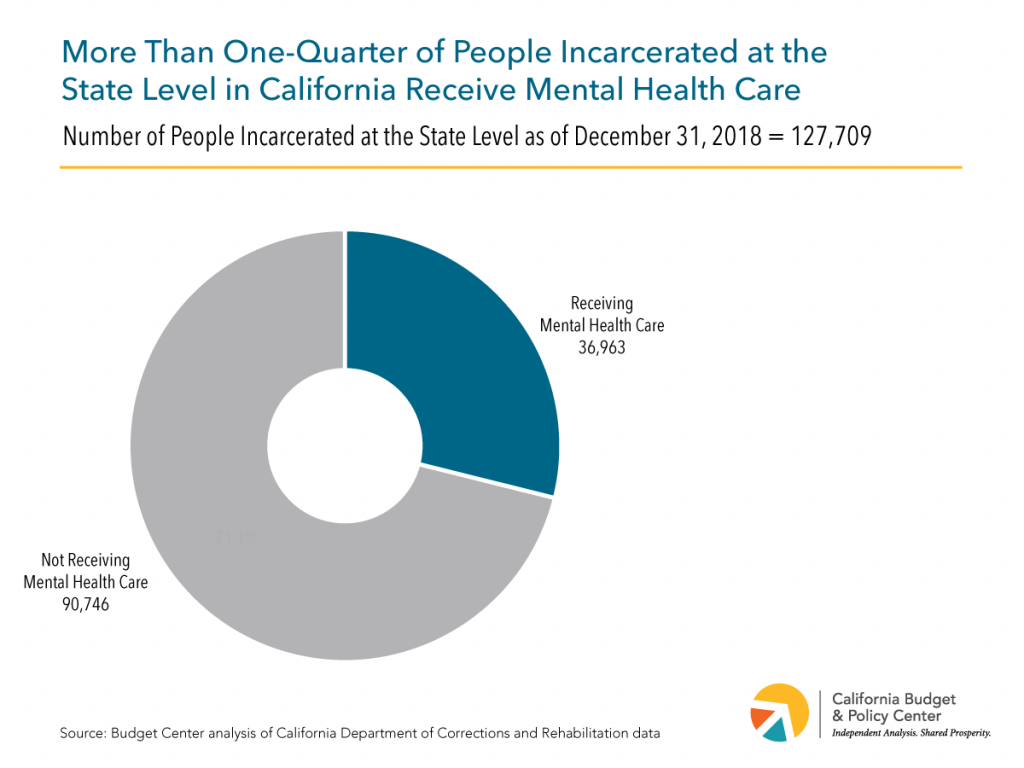 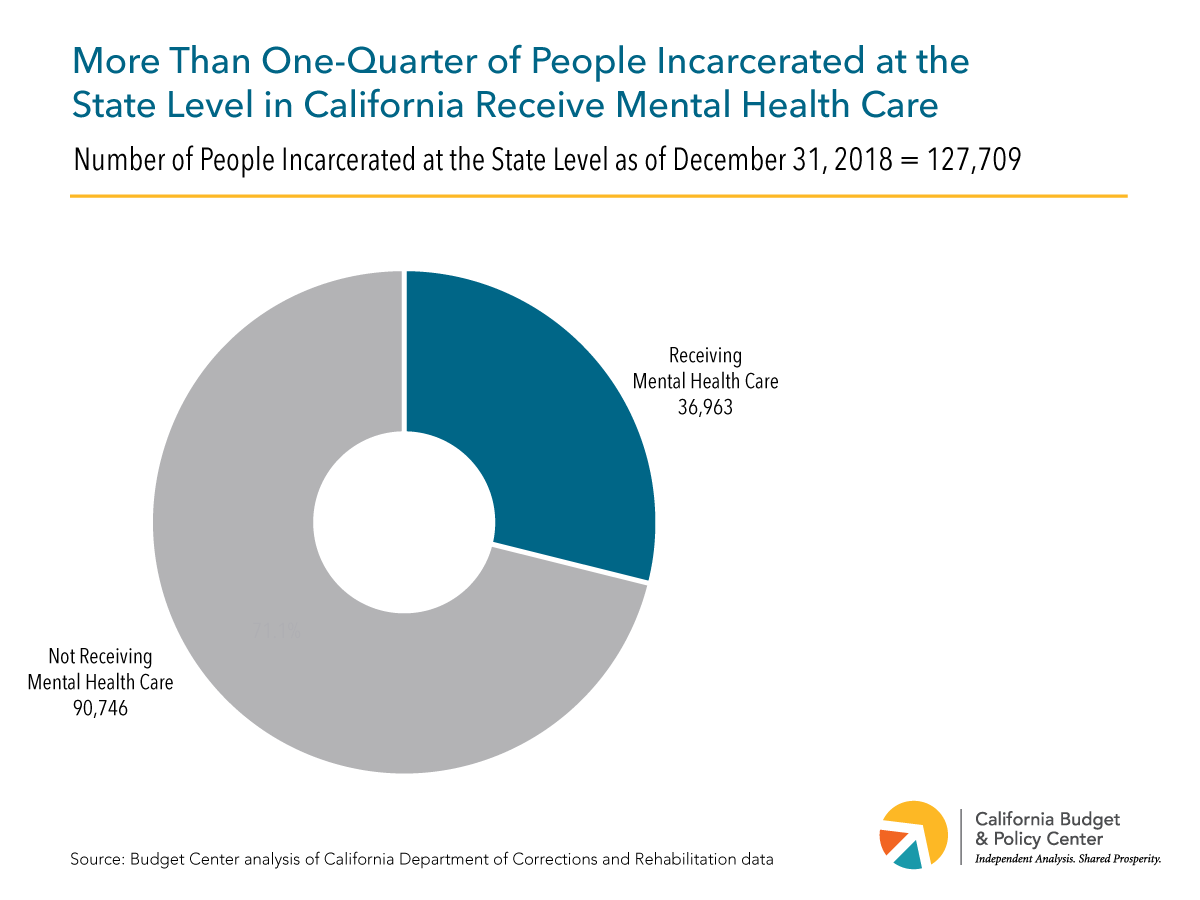 State prisons. Nearly 37,000 people incarcerated at the state level – almost 29% of the total – received mental health treatment in December 2018.3 This was up from about 32,500 – less than 25% of the total – in April 2013. California is projected to spend about $800 million on mental health care in state prisons under Governor Newsom’s proposed 2020-21 state budget. This is more than one-fifth (22%) of total projected health-related spending for state prisoners ($3.6 billion). 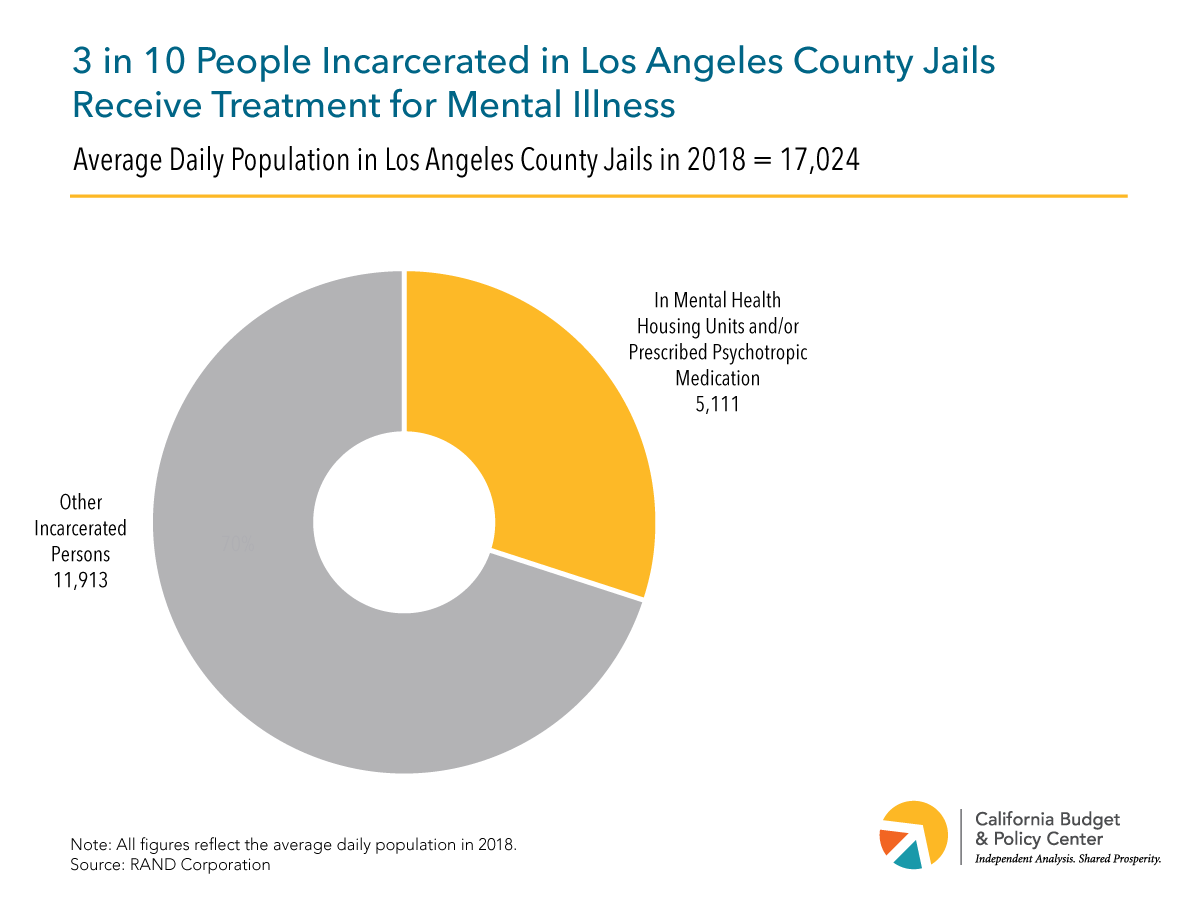 County jails. In September 2019, California’s county jails housed 72,806 people on any given day (average daily population).4 Many of these individuals need mental health care. Point-in-time statewide data for September 30, 2019 show that 20,023 people in jail had an open mental health case and 18,020 were receiving psychotropic medication.5 In Los Angeles County, which has the largest jail population in the state, an average of 30% of people in jail on any given day in 2018 — about 5,100 out of roughly 17,000 — “were in mental health housing units and/or prescribed psychotropic medications.”6

While California must continue to improve health care for people who are incarcerated, reforms are also needed to address the connections between mental health and the criminal justice system so that Californians who need mental health treatment receive the appropriate care in a timely manner rather than being confined in state prisons or county jails.

Support for the Budget Center’s work on behavioral health is provided by the California Health Care Foundation.

3 Prison population and expenditure data cited in this paragraph are from the California Department of Corrections and Rehabilitation and the Department of Finance, respectively.

4 Statewide jail population data cited in this paragraph are from the Board of State and Community Corrections.

5 State data do not indicate how many people fall into both categories; the overlap may be substantial. Average daily population data are not directly comparable to point-in-time data. Point-in-time data for several counties were unavailable, so the reported numbers of open mental health cases and people receiving psychotropic medications are likely somewhat low.