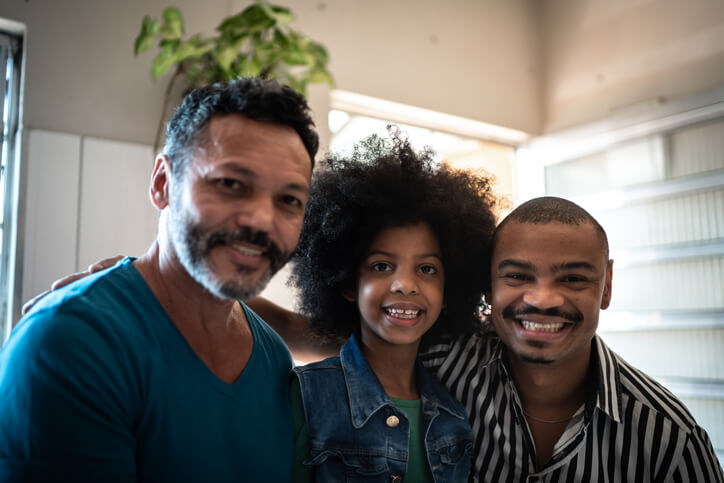 Legacies of historical racist policies and ongoing discrimination in areas such as education, employment, and housing have barred many Californians of color from economic opportunities. As a result, Californians of color — particularly Black, Latinx, and American Indian Californians — are less likely to have high incomes and to have built enough wealth to be able to weather periods of income loss, retire comfortably, and pass on wealth to their children. These barriers have also made Californians of color more likely to have experienced health and economic consequences of the COVID-19 crisis. One area policymakers should consider in efforts to address these inequities is the state’s tax and revenue policies. Although these policies may appear race-neutral, they can play a significant role in either worsening existing racial and ethnic income and wealth disparities or promoting greater equity for Californians. A policy need not be explicitly racist in order to have racially inequitable outcomes.1 Because many current state tax policies privilege Californians with higher incomes and wealth, they widen existing racial inequities. Policymakers can also use tax policy as a tool to promote racial equity, both by making the tax code itself more equitable, and by raising revenue to invest in the social and economic well-being of Californians of color.

1. Legacies of Racist Policies Have Led to Significant Racial Income and Wealth Inequality in California

Centuries of racist policies, from enslavement, land theft, and genocide to educational and residential segregation, inadequate employment antidiscrimination laws, overpolicing and overincarceration of communities of color, and other forms of ongoing discrimination have locked many people of color out of opportunities to build income and wealth.2 As a result, American Indian, Black, Latinx, and Pacific Islander Californians are less likely to have high incomes than white and Asian households.3 For example, Black households represent only 3% of the richest one-fifth of California households, even though they make up 6% of all California households.4 Latinx households represent 14% of the richest fifth compared to 30% of all households. And while American Indian and Pacific Islanders make up very small shares of California households, they represent even smaller shares of the richest 20%.5 There are also stark differences in wealth — assets minus debts — between racial and ethnic groups. The median wealth of Black and Latinx families in the United States in 2019 was $24,100 and $36,100, respectively, compared to $188,200 for white families.6 This racial wealth gap leaves Black and Latinx families at a significant disadvantage in their ability to weather crises like the current COVID-19 pandemic and recession, to save for retirement, and to pass wealth on to their children.

California is expected to lose over $60 billion in state revenues in 2021-22 to personal income tax breaks, some of the largest of which provide the majority of benefits to high-income families.7 For this reason, many tax breaks disproportionately benefit white and Asian Californians and provide little to no benefits to many other Californians of color. For example, many tax benefits are only available to those who opt to “itemize” their tax deductions, and people who itemize tend to have higher incomes. California’s four largest personal income tax deductions provide more than three-quarters of their benefits to families with incomes over $100,000, who are generally the richest 20% of families, while providing nearly no benefits to those with incomes below $20,000.8 American Indian, Black, and Latinx Californians are more likely to have low incomes, so they are less likely to benefit from these tax breaks.

3. Costly Tax Breaks for Homeowners Are Less Likely to Benefit Californians of Color

California provides several tax benefits for homeowners, including the deductions for mortgage interest and property taxes, which are respectively projected to cost the state $4.1 billion and $3 billion in 2021-22. Racist policies and practices have blocked many Californians of color from homeownership, so they are less likely to benefit from these tax breaks. In California, Black, Latinx, and Pacific Islander households own homes at rates below the state average of 55%, while American Indian, Asian, and white households own homes at rates at or above the state average.9 In addition, many homeowners of color have lower-valued homes — largely due to residential segregation and racially biased appraisal practices — and therefore generally lower mortgage interest and property tax expenses, resulting in smaller tax benefits for these expenses.10 Moreover, these tax benefits are unlikely to help many families of color become homeowners, since the main barrier to homeownership is down payment costs, not mortgage interest or property taxes.11 By rewarding families who would have purchased homes anyway instead of helping families of color become homeowners, these tax breaks protected by policymakers perpetuate the racial wealth gap. Better-targeted assistance such as down payment assistance or a first-time homebuyer tax credit may be more likely to increase homeownership among these families.

Refundable income tax credits are the only tax credits that help families with very low incomes.12 As a result, these credits are more likely to benefit American Indian, Black, and Latinx Californians, who are more likely to have low incomes due to racist economic, education, and employment policies and practices. California has two refundable tax credits, the California Earned Income Tax Credit (CalEITC) and the Young Child Tax Credit, which boost the incomes of Californians with incomes under $30,000.13 Around 3 in 4 Californians eligible for the CalEITC are people of color, including about half who are Latinx.14 However, the amount the state spends on these two credits is only about 2% of all state spending on tax breaks for individuals. Policymakers could improve racial equity in the state by increasing the CalEITC and the Young Child Tax Credit or by converting other tax benefits into targeted, refundable credits, which would provide greater benefits to lower-income families of color.

Even before the COVID-19 crisis devastated many communities of color, racist policies and discrimination blocked many of these Californians from accessing well-paying jobs, safe and affordable housing, and a quality education. Meeting these critical needs and building a more equitable California where everyone can thrive will require significant investments supported by additional revenues. Raising needed revenues equitably means asking more from Californians with the greatest ability to pay. Policymakers could significantly narrow racial income and wealth inequality by using these revenues to help people of color boost their incomes and build wealth in the long run. State leaders could explore raising top income tax rates, eliminating or cutting back tax breaks that primarily benefit higher-income people, or tapping into the state’s vast wealth with a tax on inheritances, estates, or net worth. California does not directly tax wealth and does not currently have an inheritance or estate tax. Inheritances make up a significant share of the total wealth for many, yet people of color are much less likely to receive inheritances.15 Reinstituting a tax on large inheritances could reduce the racial wealth gap, especially if the revenues were used to increase wealth-building among Californians of color who have been historically locked out of such opportunities.16

The racial, ethnic, and economic inequities that have been made painfully clear by the COVID-19 pandemic and recession are nothing new for California’s communities of color. The inequities are the product of centuries of policies and practices that have put Californians of color, particularly Black, Latinx, and American Indian Californians, at a significant economic disadvantage. California’s leaders need to do more than help the state recover from the current crisis; they need to change how the state raises and allocates resources to address the long-standing inequities hurting Californians of color.

Policymakers should start by re-examining and restructuring the state’s tax and revenue system. The goals of this effort should be twofold. First, policymakers should make the tax code itself more equitable by limiting or eliminating tax breaks that primarily benefit the already wealthy and expanding or creating new tax benefits that reach Californians with low incomes and help families build wealth. For example, the state could increase the CalEITC and Young Child Tax Credit, increase the existing renter’s tax credit and make it refundable, provide a tax credit for first-time homebuyers with low and middle incomes, and provide better-targeted incentives to save for retirement.17 Second, policymakers should explore opportunities to raise sufficient revenues from those who have been provided the most advantage by past racist and classist policies to fund investments to support Californians who have been provided the least advantage. Investments could include moving toward universal health care, making child care, housing, and higher education more affordable, and expanding children’s savings accounts or creating a “baby bonds” program to help families save for their children’s futures.18 Policymakers have an opportunity to improve the state’s tax code to make the investments needed now to ensure that more Californians have the ability to achieve economic stability and build wealth for their families and future generations.

Endnotes can be found in the publication PDF here.