A Job Does Not Guarantee Economic Security in California 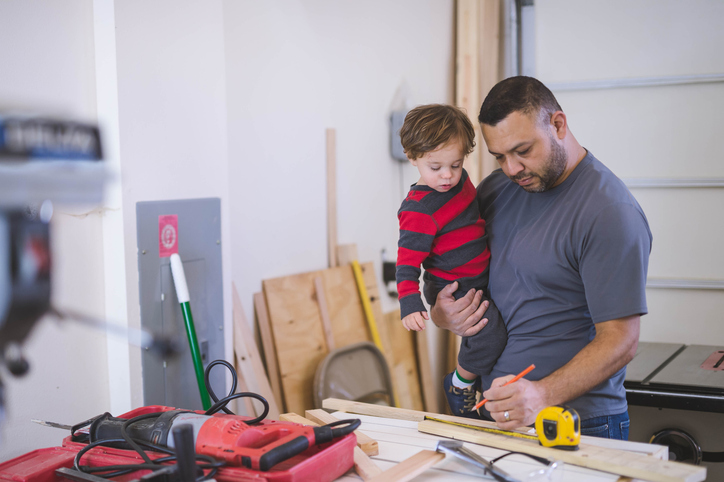 What is the California Earned Income Tax Credit?

Californians are working hard every day, supporting their families and contributing to our communities. But simply having a job does not guarantee economic security in California. Many people live in poverty even with a job.

Californians need good-paying jobs, economic opportunities, and resources to build a life for themselves and their families to thrive. State leaders can build an inclusive California where all people have the resources they need to pay for basic needs and no one is left on their own to make ends meet.

“Did you know? About 8 in 10 Californians who can’t afford basic needs live in working families.”

Most Californians in Poverty Live in Working Families

Economic inequities for workers in California reflect the culmination of centuries of racist and sexist policies together with ongoing discrimination and biases that have led to the segregation of people of color and women into low-paying jobs.3Marina Zhavoronkova, Rose Khattar, and Mathew Brady, Occupational Segregation in America (Center for American Progress: March 29, 2022); Danyelle Solomon, Connor Maxwell, and Abril Castro, Systematic Inequality and Economic Opportunity (Center for American Progress: August 7, 2019). These low-paying jobs fail to provide the economic stability and security that all people deserve. In California in 2021, more than 2 in 5 Latinx workers (42%), one-third of Black workers (33%), and 35% of immigrant workers were paid low wages, compared to 30% of all workers.4UC Berkeley Labor Center, Low-Wage Work in California Data Explorer (May 12, 2022). Low-wage work is defined as being paid less than two-thirds of the median full-time wage for all workers, which was $18.02 in 2021. It is not clear from the source whether all of the differences in percentage of workers paid low wages are statistically significant. In addition, 34% of women were paid low wages, compared to 26% of men.

Wage data for LGBTQ+ individuals are extremely limited, pointing to the need for more public investment in equitable and inclusive data collection.5The acronym “LGBTQ+” is a collective acronym for lesbian, gay, bisexual, transgender, queer or questioning, and other sexual and gender identities. The addition of the “+” indicates inclusion of other identities not encompassed by “LGBTQ,” including but not limited to those who identify as intersex, nonbinary, and asexual. A cisgender person is a person whose gender identity aligns with the sex they were assigned at birth. However, national and California data show that transgender people have particularly high poverty rates.6M. V. Lee Badgett, Soon Kyu Choi, and Bianca D.M. Wilson, LGBT Poverty in the United States: A Study of Differences Between Sexual Orientation and Gender Identity Groups (UCLA School of Law Williams Institute: October 2019).The analysis is based on data from 35 states. The study also finds that for nearly all sexual orientation and gender identity groups, people of color had significantly higher poverty rates than white people. See also Soon Kyu Choi, M. V. Lee Badgett, and Bianca D. M. Wilson, State Profiles of LGBT Poverty in the United States (UCLA School of Law Williams Institute: December 2019). Recent California data also show that LGBTQ+ individuals overall have been more likely to struggle to pay for basic expenses during the pandemic than cisgender straight Californians.7Budget Center analysis of US Census Bureau, Household Pulse Survey data collected July 21, 2021 to August 8, 2022.

One factor that contributes to economic hardship among LGBTQ+ individuals is workplace discrimination, which is a common experience for LGBTQ+ workers. A recent study found that 1 in 10 had experienced discrimination in the past year and nearly half had experienced unfair treatment at work at some point in their careers.8Brad Sears, et al. LGBT People’s Experiences of Workplace Discrimination and Harassment (UCLA School of Law Williams Institute: September 2021).

As state leaders build an inclusive state and economy, policies and resources must respect and support working Californians so they can work, take care of their families, and contribute to their communities.

California has been a national leader in establishing policies to support workers who earn little from their jobs, including by raising the state’s minimum wage and establishing and expanding California’s Earned Income Tax Credit, commonly known as the CalEITC.

State leaders can build on this progress and further support workers by:

These policies would help to create an inclusive California where all workers — and all Californians — have the resources they need to afford food, housing, child care, and meet all of their basic needs.