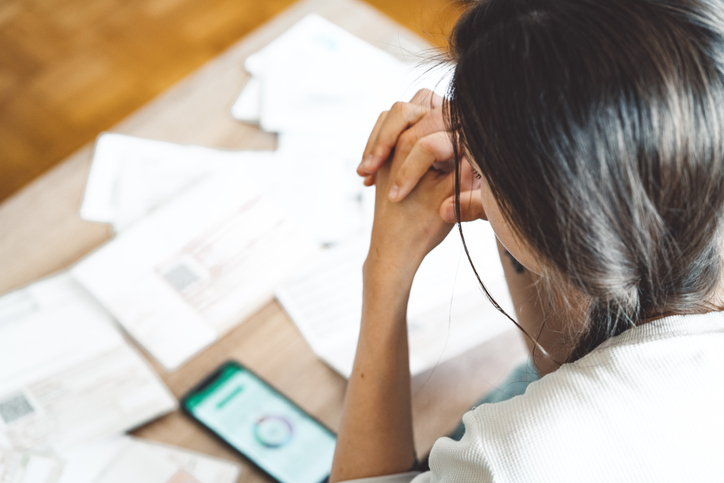 Californians need quality public health and schools, access to affordable housing and clean water, and safe roads and neighborhoods along with many more services to live and thrive – no matter one’s zip code. Accordingly, the state’s tax and revenue system must raise adequate revenue to cover the services provided by state and local governments and make ongoing investments to meet the needs of Californians. However, policy choices of the past and present shape whether revenues are equitably raised and who is contributing a fair share of their income to California’s revenue. State policymakers can make the tax and revenue system more equitable by strengthening taxation of Californians with high incomes and wealth while providing more support to Californians with low incomes and Californians of color who have been blocked from income- and wealth-building opportunities.

This 5 Facts explains main concepts associated with tax equity and illustrates how elements of California’s tax and revenue system further or impede the goals of economic and racial equity for households, communities, and the state.

1. Taxes Can Be Progressive, Proportional, or Regressive — Depending on How They Impact People Across Income Levels

A key aspect to tax equity is how a tax — or a tax system as a whole — impacts households across income levels. One way to measure this is by comparing effective tax rates —meaning the share of one’s income paid in a tax — of people in different income groups. A tax is considered progressive when households with higher incomes have higher effective tax rates than those with lower incomes. The opposite of a progressive tax is a regressive tax. With regressive taxes, people with lower incomes have higher effective tax rates than people with higher incomes. Finally, a tax is considered proportional when people at all income levels have the same effective rates. Progressive taxes are the most equitable taxes, since they ask the most from people who have the most ability to pay.

2. California’s Personal Income Tax Is Highly Progressive, Asking the Most from Those with the Highest Ability to Pay

Californians with higher incomes pay a larger percentage of their income in personal income taxes than people with lower incomes because higher portions of income are subject to higher tax rates.2California’s personal income tax rates range from 1% to 13.3%. The top rate for each tax bracket, or range of income, is only applied to the amount of income that exceeds the income threshold for that bracket. In other words, high-income people face the highest effective tax rates with regard to the personal income tax. Additionally, the state has two refundable tax credits, the California Earned Income Tax Credit (CalEITC) and the Young Child Tax Credit, that provide refunds to families with very low incomes, creating a negative effective tax rate for them. The personal income tax is the state’s largest revenue source.

3. California’s Sales and Excise Taxes Are Regressive, Asking the Most from Those with the Least Ability to Pay

Excise taxes, which are taxes on specific goods including gasoline, alcohol, and tobacco, are also highly regressive. Like sales taxes, excise taxes hit people with lower incomes hardest since any money they spend on items subject to excises taxes will generally make up a larger share of their overall budgets compared to high-income people. In addition, since excise taxes are generally based on the volume of the purchase rather than the price, people at all income levels pay the same tax on a given amount of a product, whether they buy an economical brand or a more expensive brand.5Meg Wiehe et al., Who Pays: A Distributional Analysis of the Tax Systems in All Fifty States (Institute on Taxation and Economic Policy, October 2018), 19-20, https://itep.sfo2.digitaloceanspaces.com/whopays-ITEP-2018.pdf.

More in this series

See our Fact Sheet: Investment in Communities Requires a Close Look at California’s Tax and Revenue System to learn how the state can fairly raise enough revenue to help Californians thrive.

4. California’s State and Local Tax System Could Be More Progressive

The overall impact of the state and local tax system on Californians is determined by the combination of the progressive personal income tax and regressive sales and excise taxes, as well as other taxes levied by the state and localities — most notably local property taxes and corporate income taxes. The combined impact is a state and local tax system that is regressive for people with lower incomes and progressive for people with very high incomes. The richest 1% of California tax filers pay the largest share of their income in state and local taxes (12.3%), but the 20% of filers with the lowest incomes pay the next highest share (11.4%). While the richest Californians pay a smaller portion of their income in sales, excise, and property taxes than any other group, it is made up for by the larger share of their income that goes to income taxes. Conversely, while the bottom 20% of Californians on average get money back from the personal income tax system via refundable tax credits, this is not enough to make up for paying larger shares of their income in sales, excise, and property taxes.

Wealth inequality is even more pronounced than income inequality, and racial wealth gaps are larger than racial income gaps. Many state tax policies contribute to wealth inequality and racial wealth gaps by providing substantial tax benefits to families who have assets like homes and retirement plans — such as the deductions for mortgage interest and property taxes, the partial tax exemption on the proceeds of home sales, and tax-privileged retirement accounts. Black, Latinx, and other people of color receive less of these tax benefits because — due to structural racism and discrimination — they are less likely to be homeowners, to be in jobs with access to employer-sponsored retirement plans, and to have the financial means to save or invest in assets.6Kayla Kitson, Promoting Racial Equity Through California’s Tax and Revenue Policies (California Budget & Policy Center, April 2021), 5, https://calbudgetcenter.org/resources/promoting-racial-equity-through-californias-tax-and-revenue-policies; Kayla Kitson, Tax Breaks: California’s $60 Billion Loss (California Budget & Policy Center, January 2020), 6-8, 10-11, https://calbudgetcenter.org/resources/tax-breaks-californias-60-billion-loss. At the same time, accumulated or inherited wealth is not taxed in California. Policymakers can eliminate or limit tax benefits that most advantage wealthy families and explore other options to better tax Californians who have amassed large amounts of wealth. The resulting revenues could then be directed to investments that help families who have been shut out from wealth-building opportunities achieve economic security and build wealth.

There are many dimensions to ensuring that a tax system equitably generates the revenue needed for Californians to care for their families, build healthy communities, and contribute to a strong economy. Policymakers need to consider how any tax policy could have disparate effects on Californians by income, wealth, and race/ethnicity — as well as other factors not discussed in this fact sheet, such as gender, family structure, and income source.

The state’s current tax and revenue system is not fair for all Californians. People with the lowest incomes should not be paying larger shares of their incomes in state and local taxes than most other income groups, and the state’s tax policies should work to narrow racial wealth gaps, not widen them.

California policymakers can make the tax and revenue system more equitable. This includes ensuring that Californians with high incomes and wealth pay their fair share to support critical state services, providing further support for Californians with low incomes — such as by increasing and expanding refundable tax credits and making other tax credits refundable to benefit more low-income households — and eliminating or reforming tax benefits that primarily help wealthy Californians. Moving toward more robust taxation of Californians with higher income and wealth would also generate revenues that can be spent equitably to help more low-income households and Californians of color live and thrive, and expand opportunities to build wealth for themselves, their children, and their communities.